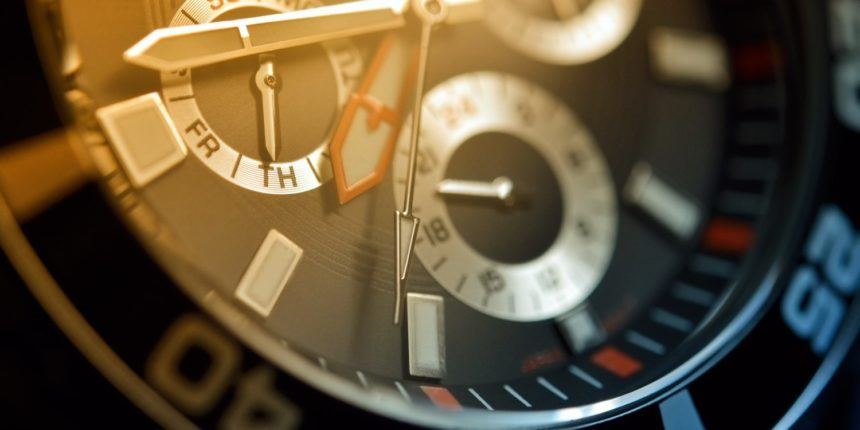 A. Favre & Fils, a luxury Swiss watchmaker that traces its family history back three centuries, is developing a handcrafted mechanical timepiece with a built-in crypto-wallet.

The company announced last week that the watch will have crypto “cold wallet” and “state of the art proprietary security solution” based on blockchain technology.

A. Favre & Fils CEO Laurent Favre said in a statement:

“We have developed this first timepiece with the idea of offering something useful for the crypto-community, not simply something to spend their money on.”

The watch will “guarantee ultimate in-data security and privacy protection”, the company said, adding that the first prototype will be released during the second quarter of 2019.

“You have to keep adding relevant features that advance the design. It’s a bit like figuring out the future of steam engines in the age of electric trains,” Favre was quoted as saying to SWI swissinfo.ch, a news outlet owned by the Swiss Broadcasting Corporation.

Cryptocurrency exchange Gate.io said Saturday that $100,000 in ethereum classic has been returned following a recent hack.

In an announcement, the exchange further said it tried to contact the 51-percent attacker, but has not received any reply so far, adding:

“We still don’t know the reason. If the attacker didn’t run it for profit, he might be a white hacker who wanted to remind people of the risks in blockchain consensus and hashing power security.”

The exchange warned that the hashing power of ETC network is “still not strong enough” and that another 51 percent attack is still possible. As of press time, ETC is trading at $4.34, according to datafrom CoinMarketCap.

Last week, Gate.io confirmed it had lost about 40,000 ETC (worth nearly $200,000 at the time) in a 51 percent attack – an incident where more than 50 percent of a blockchain’s computing power is aggregated and controlled by one organization to change the network’s transaction history and potentially to double-spend cryptocurrencies.

The exchange at the time identified three addresses that it said were tied to the attacker in question. In its Saturday post, the exchange said that it has launched a “strict 51% detect for enhanced protection.”

Another crypto exchange, Bitrue, also confirmed it was affected by the 51-percent attack. According to its official Twitter account, the attacker had tried to withdraw 13,000 ETC but had been stopped by its system.

China-based security firm SlowMist first detected the 51 percent attack and detailed the event in a blog post on Wednesday last week, and said it was willing to work with Gate.io, Bitrue, and Binance in order to locate the attacker.

The original article was published at www.coindesk.com