Artificial Intelligence: The Transformation of Humanity Is To Begin In 5-7 Years 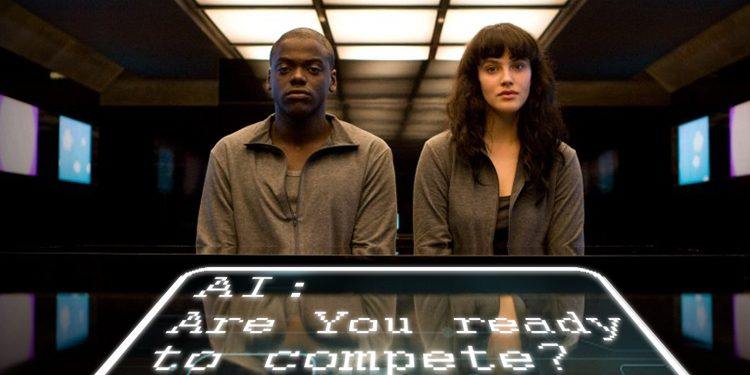 PwC consulting company recently presented a report that warns the humanity saying that there will be a place for people in the near future, but we need to catch up with time to jump into this modern future right now to take our “place”.

Do you have big plans for the next 10 years? Are you anticipating to have a great day at your favorite work ahead? Say goodbye to it today! Somewhere in the Silicon Valley, an advanced  retrains one by one neural network that will dictate us the terms of the game soon. And by 2037, robots will replace the millions of jobs and create the new ones. An Unequal professional fight is conducted just now. Industrial robots displace people from thousands of vacancies. Robots-surgeonsand robots-virologistsare being actively introduced in medicine. However, in these battles  sometimes loses and leaves the prerogative for humans , for example, a -anesthesiologisthas been utilized because of its “inhumanity”. To compete with the new self-developing “digital godlike intelligence” You have to be ready to implant the extra neurons into Your brain and change a career in 50.

When the “digital godlike intelligence” closes the door…

PwC consulting company recently presented a report that warns the humanity saying that there will be a place for people in the near future, but we need to catch up with time to jump into this modern future right now to take our “place”.

Accordingly, the number of industrial specialties will be reduced by 30 percent in the UK and the number of jobs in the transport sector – by 38 percent. However, the balance will be reached by the creation of new jobs in other fields, such as health care where the number of jobs will increase by 34 percent. Overall, it’s planned to complete the total requalification of the vast scale in the UK by 2037.

According to forecasts, robots will create as many jobs as they are to take away. After all, when God closes the door, he opens the window. But it is better to be awarded now, what window the “digital godlike intelligence” will open for us in the near future.

From HR to  nurses

“Artificial intelligence is permeating all human activities, at all levels, not only physically, but also at a virtual level, from applications and components in smartphones, to personal assistants who will take care of all household chores. As an example there is  of Amazon, or Google Assistant, to mention the most relevant. All these developments will allow configuring the smart house, since all the elements and equipment will be connected to the assistant”, – said Sophie MILES, CEO of the company in the USA, Canada, and South Africa to Bitnewtoday.com.

She points out that in Japan robots are developed exclusively for household tasks, such as cleaning or cooking. And also there is an attention paid to creating robotic assistants for the elderly, that will provide not only domestic assistance but will also act as a company to these people.

Artificial intelligence will allow the creation of digital HR, much more efficient due to the ability to process large amounts of data and the function of autonomous training that will easily identify any human emotions, so they can give an answer and guidance.

Experiments on the introduction of  are carried out in different fields so it can replace the work of the whole team. It is widely disseminated: from marketing and advertising companies to e-commerce and the credit sector. But often experiments fail because of the resistance of the people who are afraid to lose their jobs, as well as managers whose plans are contrary to the decisions taken by the implemented .

Close and closer – to Your body

There is a natural question: how to prepare our children and how to change ourselves in conditions of complete uncertainty? A lot of researchers agree that the most useful skill for people is the ability to learn and change. It becomes obvious that the human body will be transformed by  discoveries in bioengineering and neurocomputer interfaces. We can already watch the latest developments like “memory prostheses” that can not only expand the cognitive capabilities of the human brain but also cure the most severe diseases such as epilepsy and Alzheimer.

The original article was published at swisscognitive.ch

How Blockchain Is Changing Computer Gaming
December 7, 2018
Go to Top